A word about our world!

The biggest problem in the world is that we do NOT learn from our mistakes! Let it be pollution, money, greed or war, it all comes down to one single global disease: "The lack of educated integrity to implement the solutions we already have access to from decades of learning and profound evidence!

A simple comparison is the knowledge of a child who has burned the hand on a stove.The child will never do it again!

Knowledge is the key to solve any problem.

If we have oil disaster polluting the world through our food chain and trigger climate change at the same time we do controlled burns and release volatile organic compounds into our atmosphere and poison our environment with highly toxic dispersants, then we have already learned decades ago that it will have long term effects that are beyond our willingness to admit! To solve this problem there is only one solution: "Do not let it happen again, whatever that would take!" It is a very simple equation, we need to stop using oil and have to switch to alternative, non-polluting energy at once. If we don't, then we will have to understand that at one point we will all become sick from the consequences of continuing using oil. Whether it will cause cancer through eating contaminated food, or if we end up with seizures from exposure to dispersants! One day in the very near future, the amount of polluted seas, atmosphere, environment and ultimately the food-chain will no longer be tolerable to our health. And because this is based on facts, the problem is that we seem to ignore them, until it is too late to turn back.

However, above all problems that already accumulated on planet earth, the greatest problem of all is to play with nuclear power. Fukushima has topped out all other catastrophic problems! The radioactive materials released into the atmosphere and into the ocean, has and will continue to travel around the globe not just for decades, but in some cases for literally "millions of years" due to the half life of some isotopes released during the accident!


In a quote from a recent scientific research about the Fukoshima nuclear contamination, experts state: "Cesium-137 (137Cs) with a half-life of 30.1 y causes the largest concerns because of its deleterious effect on agriculture and stock farming, and, thus, human life for decades."

The danger of radioactivity is "invisible, tasteless and 100% destructive" and will cause all of us severe health problems in the long run. If it will not affect us in our generation, our children and grand children will suffer from our mistakes, our "problems" which should not become their problem!

So, if we think of, at what cost we decide to drive our car, power our house or waste our water while we pollute the resource at the same time, whether we like it or not, there is only one solution to it all:

"Implement the learned and humbly live with the consequences of reducing all needs for the sake of the survival of mankind on planet earth!"
Stefanie Voigt,  11/16/11


"BLACK HORIZON" will also try to find solutions and present them in the feature length documentary. We hope to be able to spread global awareness with this film.
Please support us in every manner you can.
Thank You!


BLACK HORIZON is a feature-length, 90 minute HD documentary film.
With key support from The Art for Science Ocean Fund and renowned experts, such as Dr. Riki Ott (Marine Toxicologist & Exxon Valdez Oil Spill expert), Dr. David E. Guggenheim (the "Ocean Doctor" & Senior Fellow, The Ocean Foundation) and many others, we will investigate the truth behind the oil disaster in the Gulf of Mexico, and beyond.

Please support us in any manner you can.

If you would like to make a tax-deductible donation and learn about the project, please click: http://www.blackhorizonfilm.com 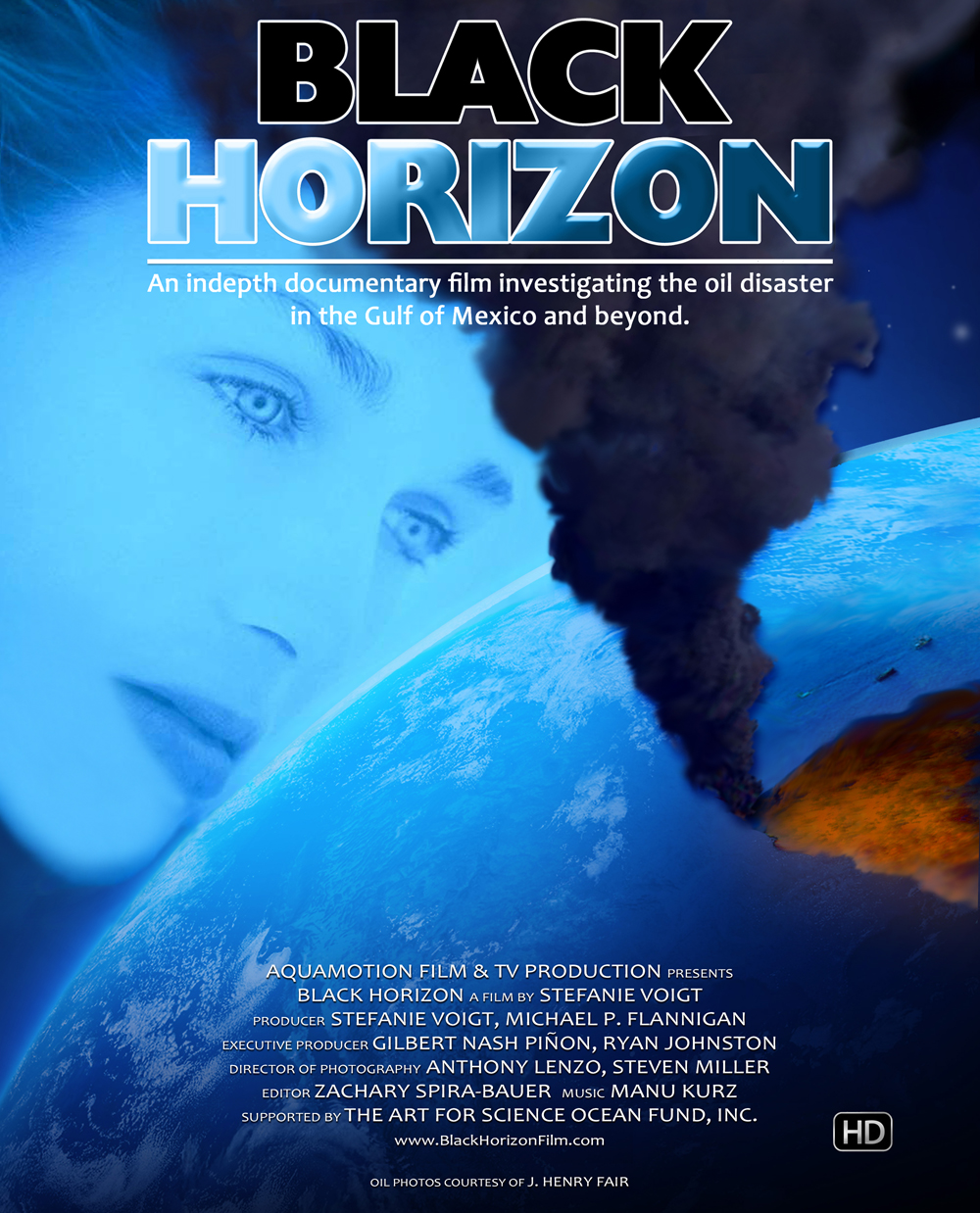 BLACK HORIZON - The documentary about the oil disaster in the Gulf of Mexico
Please support us with your donation.